Each nursery group includes up to 12 children aged between six months and three years and has a group room, an adjoining sleeping room, a bathroom and a cloakroom.
The nursery rooms were designed based on the specific needs for little ones. Each group area is divided into age-appropriate learning, exploring and movement zones that can be rearranged based on the children’s needs or stage in their development.

Besides nap times, the sleeping rooms can be used for games involving physical activity. In the entrance hall one will find cloakrooms, and bathrooms including changing tables, toilets and a shower/bathtub.

Every kindergarten group includes up to 25 children from the age of 3 years until school enrolment. Its group room has an adjoining bathroom and a cloakroom. The kindergarten has its own kitchen specially designed for young children. They can help prepare their meals, gain knowledge about a heathy diet and are being encouraged to become independent.

The garden offers enough space for the children to run, play and explore. It covers 250 square metres and offers various opportunities to satisfy the children’s individual need for movement, including a sandpit, a climbing castle, swings and slides. For toddlers, we have a net swing and a small play castle. Westpark itself is just a few steps away, and is used by the groups on a regular basis to give the children opportunity to explore the nature and the surrounding.

Upon execution of the service contract, a security payment of 1.000€ as well as an administration fee of 270€ shall become due. 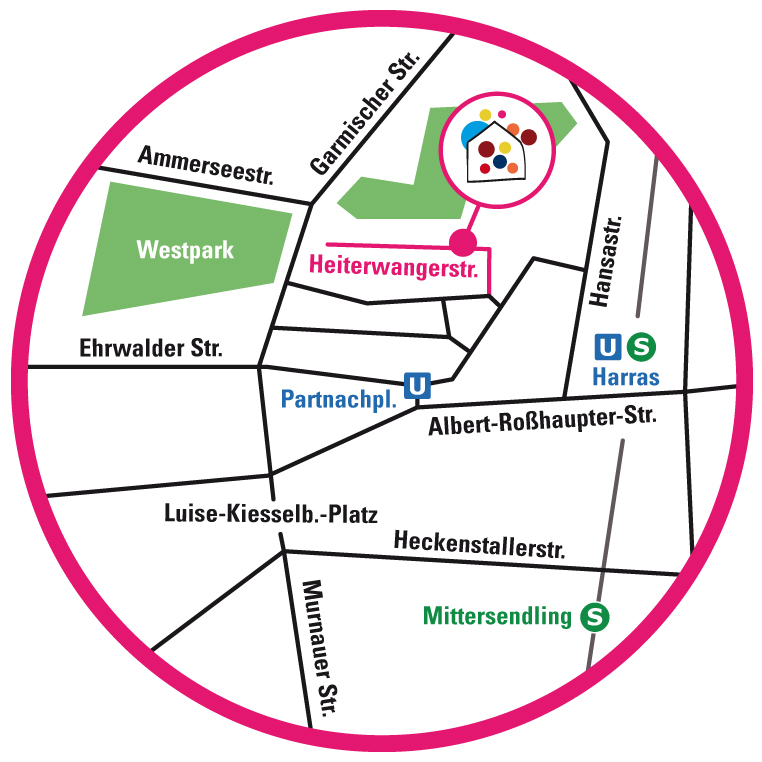 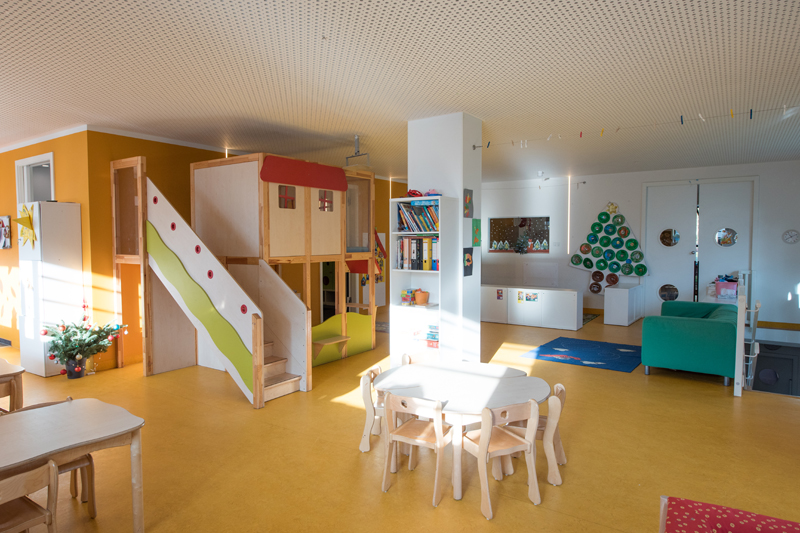 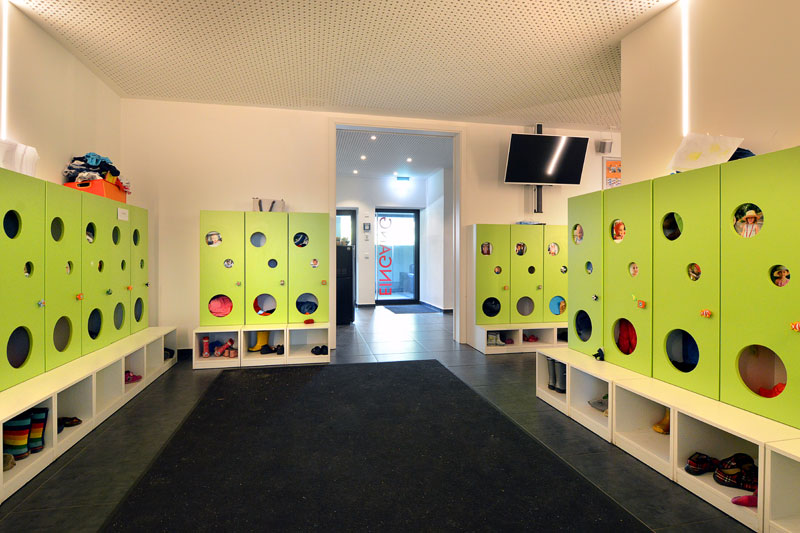 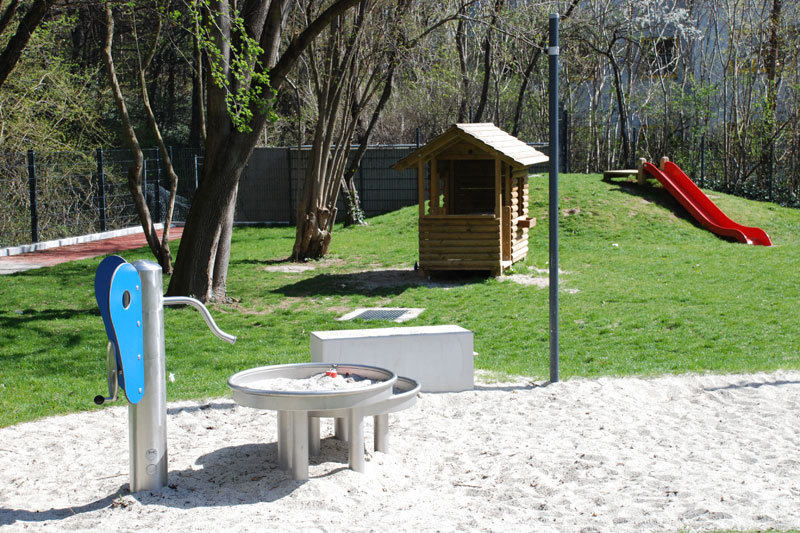 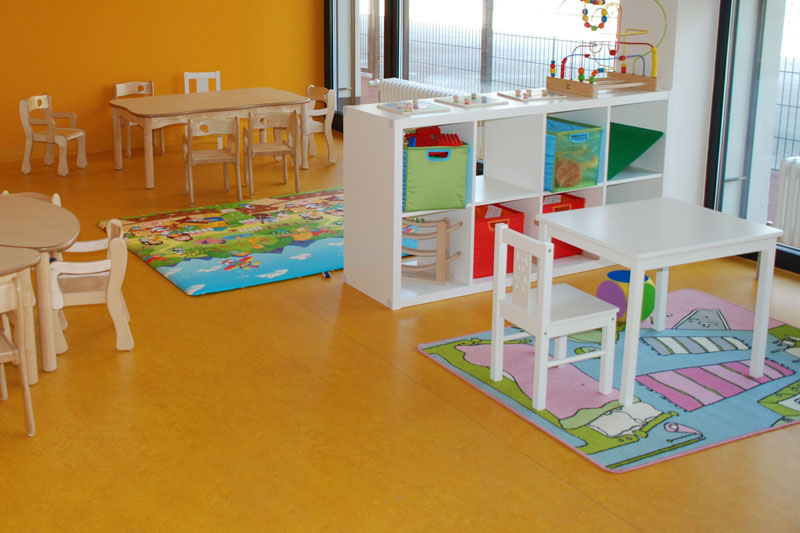 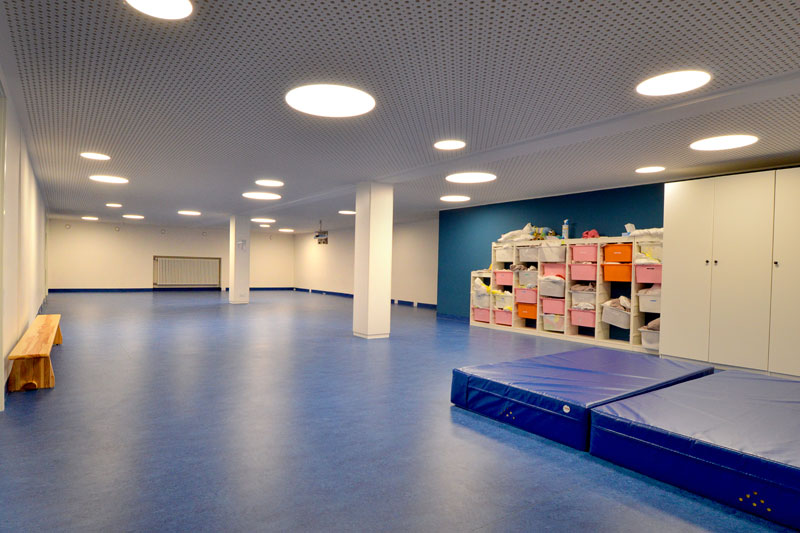 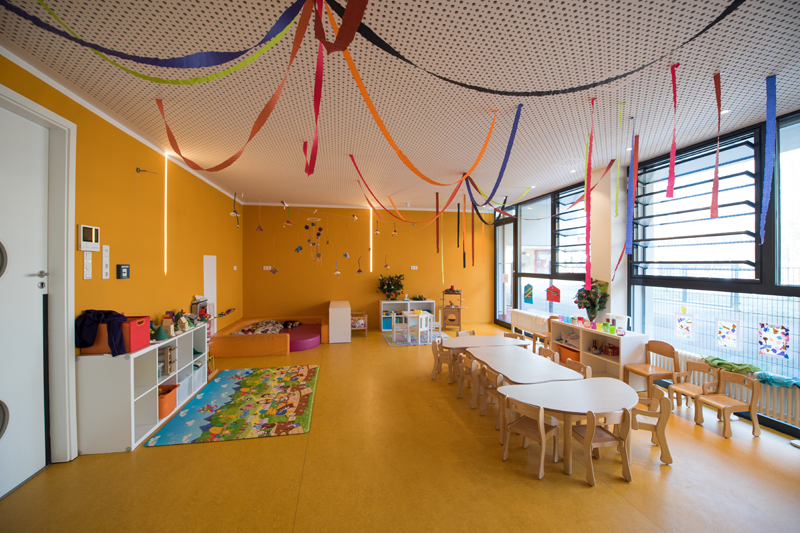 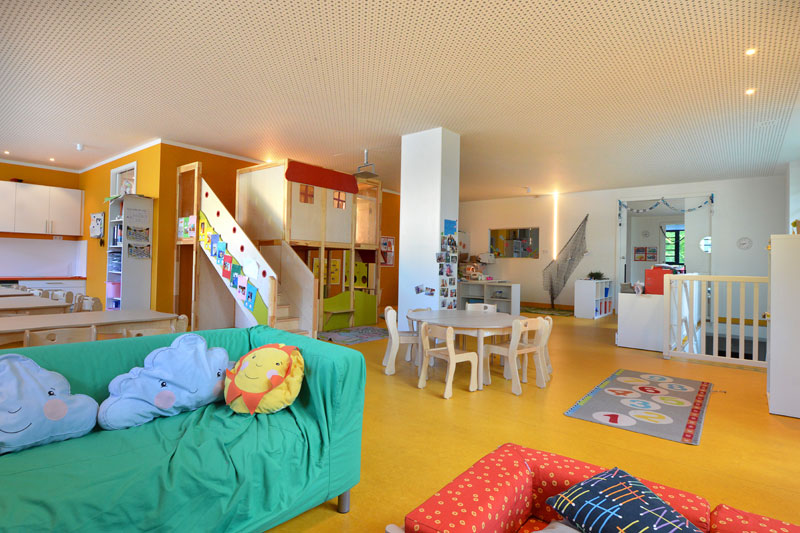 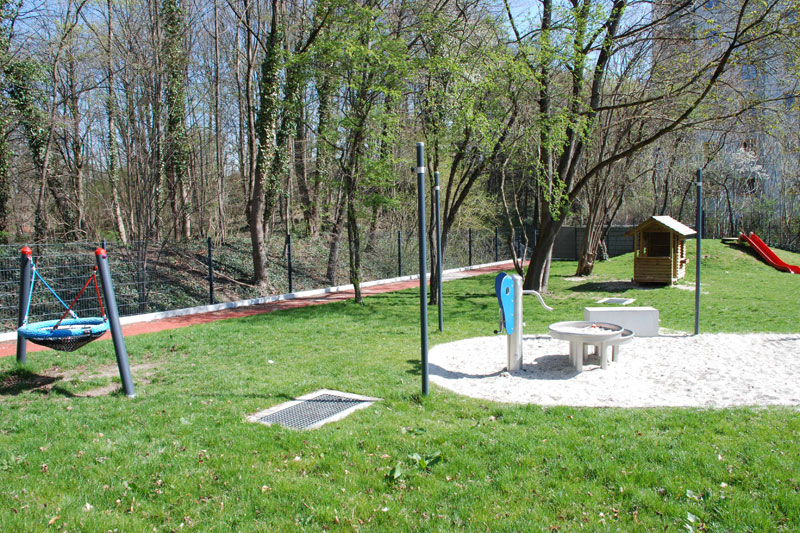